What Makes A Display Ad Outperform?

What Makes A Display Ad Outperform?

A digital ad can help a brand get a competitive advantage. But the question is: “What makes a display ad outperform?”

Looking back to the millions of ads we regularly see on the Internet, many of those ads were least expected to work, but they won the game. At the same time, some ads, which were expected to do their magic, failed miserably.

Recently, I came across a perfect ad that served the purpose of effectively grabbing the audience’s attention. I tried to figure out those critical components – what made it outperform the other ads?

Here’s the ad I am talking about: 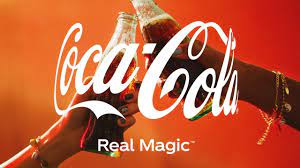 Coca-Cola is undoubtedly the best in advertisements. However, there are numerous reasons behind it, which very few people know. Let’s first talk about how this ad appears on the screens.

The Structure Sets a Solid Foundation

This ad’s solid structure makes it stand out from the rest of the content on a page. The clearly defined borders help ensure the viewer doesn’t confuse it with the normal web page content.

“Color” is another vital component that helps evoke emotions in the target audience. It represents the brand, so people start associating it with that specific color.

For instance, whenever anyone thinks about Coca-Cola, red comes to mind. So, in this particular ad, the color red looks appealing to the eyes and makes everyone instantly think about Coca-Cola.

A Simple Copy Can Also Be Compelling

Regarding the ad “copy,” you can see “Coca-Cola” written in large-size bold font. After that, the other text that grabs attention is “Real Magic.” So, when you see Coca-Cola and Real Magic together, you understand the connection at once.

Another exciting thing to notice about these words is that even though there is no clear call to action in the ad, the term “Real Magic” is still enough to incite the viewer to take action. So, it’s incredibly simple four words with no authentic images but still striking a perfect balance between the ad creative and copy.

There is too much more to this ad other than the perfect color, background, image, text, and font. So, let’s dig deeper.

This digital ad is one of the best and most successful Coca-Cola campaigns. It is based on the launch of a new global brand platform that invites people worldwide to come together and celebrate the real magic of humanity.

“Real Magic” is not just a tagline – it’s so much more. It highlights the specialty and purpose of the brand. It wants to refresh the world to make a positive difference. The first creative experience of Coca-Cola under the “Real Magic” platform was “One Coke Away from each other.” It’s a metaphor to celebrate the common humanity in everyone around us.

The other highlighted aspect of this fantastic display ad is that it went global. Coca-Cola created a lot of similar ads for different countries. However, all ads have a similar profoundly rooted philosophy of the power of connection and humanity.

Here is another great ad that Coca-Cola created for Kenya:

Relevancy Is the Key

This ad is relevant in today’s digital yet divided world, where everyone is rushing to survive. It emphasizes the “Real Magic” that happens when people stay closer and connected. It’s about doing everything more humanely by embracing the unique perspectives of different individuals.

Coca-cola has reinforced the importance of friendships before as well. “Share a Coke with your friend” was another famous tagline of one of its advertising campaigns. So, it’s safe to say that one of the significant characteristics of Coca-Cola’s ads is “consistency.” It follows the same theme and philosophy around humanity, relationships, and connectivity.

No one can beat Coca-Cola for the beautiful illustration, creativity, and animations of the ads. It displayed a series of ads with the same message and philosophy. At the same time, it left some room for different depictions of the ads.

Video Ads and Films Can Do Wonders

The magic of Coca-Cola display ads doesn’t stop here. The brand also made a film based on the same concept as the platform aims to engage people differently through their unique experiences.

It’s the best strategy for brands with a huge marketing budget. The powerful storytelling can make the audience understand the hidden meaning behind the ad. So, whenever they see the relevant ad again on their screens, they will likely pause for a second or click on it.

Another interesting factor of this display ad is that it connects to Gen Z by featuring gamers, Twitch streamers, and other best global creators. It takes the campaign to another level.

A mixup of everything can also work best. In this particular example, Coca-Cola also launched different display ads with different types of images and fonts to make its message visible.

The designs and illustrations are simple, but a little twist helps them stand out.

A good display ad requires a fair share of every critical component – apparent or hidden. With the increasing number of display ads on the Internet, the quality is getting compromised. So, every brand should focus on the core factors that can help make the ad successful. It will help build a good brand reputation and improve the conversion rate.