Analysis of an Ad: Emotional Marketing Done Right or Not?

Home›Display Ad Reviews›Analysis of an Ad: Emotional Marketing Done Right or Not?

Analysis of an Ad: Emotional Marketing Done Right or Not?

Emotional marketing can either make or break an advertising campaign. It is used in every ad be it a display ad or a video ad. However, there are only a few advertisers who know how to do it right. Recently, I noticed that most ads I come across nowadays have a hint of emotion.  Moreover, most of the ads which we see go viral have an emotional message in them. Is it working for everyone? Or is everyone just giving it a try to see the results?

According to a study by HubSpot, ads are now relying on emotional content. First of all, let’s talk about the different elements of emotional content that advertisers are using in their ads. Commonly targeted aspects include happiness, inspiration, friendship, empathy, instant gratification, fear, trust, anger, sadness, guilt, belonging, leadership, family values, pride, and more.

Here is the ad I am discussing today: 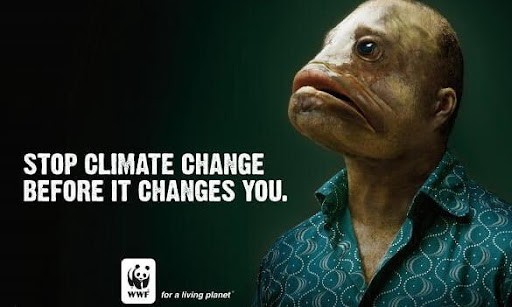 This ad is mainly focused on the “Fear” aspect of emotional marketing content. It is an instinct that helps everyone react according to the situation to increase their chances of survival. Fear creates a sense of urgency and prompts responses inside the body to change. This might even include buying something that can help bring change to make things better. It makes the consumer believe that ignorance might end up bringing terrible results. And that can only be prevented by staying conscious and making the right buying decisions.

This ad is from one of the most renowned brands the “World Wildlife Fund (WWF)” which is famous for its fear-inducing images in advertisements. Don Draper once claimed that emotional marketing can only be based on one factor and that is happiness, which implies “freedom from fear”. It is a form of reassurance to make consumers feel whatever they are doing is right.

On the other hand, WWF has taken a completely different approach that is quite risky. To create “fear” among the consumers, the advertiser might have to add disturbing images and content in the display ad. It can further trigger anxiety and stress in most individuals. For example, the ads released by Nationwide for the safety of children to prevent them from any injury. This ad was based on “Fear” to make parents realize their responsibility and what they should do to keep their children safe. The ad was about a young boy who had a lot of dreams and ambitions in his life but in the end, he died giving the message “I couldn’t grow up because I died from an accident”. Most of the viewers, especially parents, found this ad depressing as no one would like to even imagine their children dead.

However, WWF willingly adopted this risky approach and based most of its ads on “fear” to make consumers realize that they are on the wrong track and they should start acknowledging their faults to make things right before it gets too late. They believe that strong imagery and text on the display ad can help to warn people about danger, so they might start taking measures to control the situation. Fear is a negative emotion but it can help humans grow and keep them safe from bad behaviors and traits. WWF used this emotion in the best possible way to create awareness among people. As a result, a lot of people become loyal to the brand and its products or services.

This particular ad I found strong yet intimidating at the same time, it represents the harmful effects of global warming. The text reads “Stop Climate Change Before It Changes You”. It clearly shows that we need to stop taking such actions which lead to harmful changes in the climate. Otherwise, the climate will change the humans and their descendants. Moreover, the image in the display ad is of a creature with a human body and a strange face that looks half like a human and half like a fish.

Other than the text and image, let’s come to the small details of this display ad. There is a sad expression on the face of the creature that invokes feelings of guilt and regret. These are the feelings that the human race might have upon being faced with the consequences of climate change. Then, it has a small logo of the brand below the text that is also quite appealing. It stands out from the background, which is half green and half black. The half black color makes the text that is written in white more prominent, while the half green color complements the image of the display ad. Besides the colors complementing elements of the ad, the colors also carry symbolism. The color green symbolizes the environment, green land, and climate.

The emotional marketing technique is going to rule the digital display ad world. But only those advertisers or marketers who know how to do it right will benefit from it. Those who just want to take risks without any deep analysis or observation might end up facing deadly consequences. A good example of emotional marketing such as the one discussed in this article can help to inspire advertisers. However, the same approach might not work for everyone in the same way. Again, it will require calculated and smart moves to keep the display advertising game up.