Home›Ad Platforms, Display Campaigns (General)›Your Ad should not look like an Ad

The reason you need to have a strong ad is to get that click, in comparison to your competitors.

Google is in the business of getting clicks, nobody likes ads that don’t attract any click. You won’t like it, Google totally won’t like it, and obviously from the audience point of view, or the person searching for a product or a service, if they don’t see a great ad, they’re not going to click on it.

That brings up to our next point – “Banner Blindness”

A-     Because they are searching for something specific or

To put this into perspective let’s say I wanted to catch up on the scores for the soccer game, when visiting their website I would aim to look into the scores as soon as the website loads, so I will instantly scroll past the banner ad of the website to do that.

If you are looking to get the most out of your online ads, marketers suggest you should focus on simplicity.

Here is an example of a successful simple ad.

Did you know that the Nike slogan “Just do it” which was created in the late ‘1980s is still showing off its power today.

It addresses the core issue that Nike has been trying to solve for its customers:

No matter what you are doing, “Just Do It”. Push beyond limits, whether those limits are one flight of stairs or an ultra-marathon.

Online marketing is important for attracting customers and revenues for all sizes of businesses.

Simple ads are more effective at capturing people’s attention than complex ones.

Marketers have a fraction of a second to grab the target audience’s attention.

In today’s cluttered online environment, you have milliseconds to get the consumer’s attention to understand what your Ad is about

According to a study done by Microsoft in 2000, the average attention span of a human is 8 seconds!

That means you have more or less a fraction of a second to grab the attention of the consumer and persuade them to do a certain action such as click on to your website and so on!

So how do you optimize your ads to make sure they are seen by your target audience so you can get a higher return on investment for your ad spending?

As Legend of Ads David Olgilvy once said

“A good advertisement is one that sells the product without drawing attention to itself.”

While bright and colorful ads may stand out, they might not be the best solution to get people to click on your ads, especially if they know it is an ad, and scroll past it!

What exactly is an ugly ad? Well, we consider an ugly ad to be a simple, clickbaity photo ad which you wouldn’t be able to miss out on!

A/B Testing – does that ring a bell? Sounds familiar?

A/B testing is the process of comparing two versions of creative, ad copy, headlines, etc. to see which one performs better. Then, with the results of that, you know which feature of your website to change in order to yield more clicks and conversions.

Yes, you should try carrying out A/B testing on your campaign comparing an Ugly Ad against an alternate version so that you will be able to gather insightful data and metrics which will help you to conclude which type of ads performed better, got a higher click-through rate and is the best return on investment for your ad spend.

By testing out different Ad formats such as sidebar ads, banner ads, different Ad sizes, and location of ads on your website you can gather important data such as ad impressions, click-through rate, and overall revenue so you are able to optimize and double down on the best-performing ads and take off the underperforming ads.

Ad sizes and ad formats also have a major impact on how users engage with the ads which is why it is recommended to optimize them regularly.

Before releasing any ads to the wild, you would probably want to ask yourself (and your company)a few questions.

∙         Is your Ad “On brand?”  Unless you’re looking to change who you are, look at the context of the previous ads, your audience has seen and compare it accordingly.

∙         Have we considered our target audience? — If our existing customers were first drawn by the “attractiveness of our offerings, what makes you think they’ve changed overnight?

Is there anything you think we missed out on? Do let us know down below in the comments. 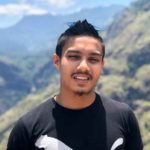