Where Is the Boundary Between Ads That Are Clickbait and Those That Aren’t?

Home›Display Campaigns (General)›Where Is the Boundary Between Ads That Are Clickbait and Those That Aren’t?

Where Is the Boundary Between Ads That Are Clickbait and Those That Aren’t?

Upon re-reading my colleague Fernanda’s article about the fact that Google recently forbade (is that even a word?) ads that are obviously clickbaity, I started to wonder to myself at the oddest hours: “what is up with clickbait?”

How can we identify a clickbait advertisement?  Are there recipes for clickbait ads? When does a non-clickbait ad turn into a clickbait ad (in the eyes of Google Display Ads)? Does a headline have to be misleading to be considered clickbait? Can we gently use clickbait in Programmatic Advertising with good intentions without risking being banned by Google?

As a good student of life, I started to investigate my questions. Let’s see what I found!

The first step is to define what a clickbait ad is, to make sure we’re all on the same wavelength. Plus, one question too many does come down to matters of definition. Here’s a definition I found on guard.io:

“Clickbait advertising is a form of ‘bait and switch’ advertising designed to lure users into clicking on a link to read, view, or listen to content by providing an attractive but misleading headline. These false headlines often result in the spread of outrageous or inaccurate information on social media.”

Okay, that makes sense. So we’ve agreed to the vocabulary we’ll use!

The second step is to learn how to correctly recognize clickbait titles or text. As if I were on a mission, I began to hunt for different forms of clickbait headlines. As it turns out there are a million and one types of clickbait.

I found a helpful article on medium.com about the most common forms of clickbait with examples:

It’s funny to see the exact instructions to make them, it feels like a recipe from a cookbook :)

As I mentioned above there are many more ways, but we can say that clickbait ads are intended to capture their audience’s curiosity using extravagant claims. Here’s the rule of thumb to quickly recognize them: when an ad sounds outrageous, too good to be true, or is very vague in an enticing way, you may be dealing with a clickbait advertisement.

Now we can identify strong clickbait headlines, great! This doesn’t mean that we are protected from them forever, but it does mean we can be more confident about recognizing them. And merely recognizing them gets us halfway to solving them!

Brace yourselves: we’re going to get a bit philosophical when diving into clickbait ads now. This brings us to the question: where is the borderline between Google Display Ads that are meant to capture interest and those that are clickbait? This question applies to more than Google Display Ads, it also applies to programmatic ads.

When I investigated this question another exciting article on Platform came my way. A lot of people seem to be wondering about clickbait these days.

Emily Hillhouse, the author of the piece, makes an interesting observation: “clickbait comes in many different forms, and it is important to distinguish these when discussing the effects of this practice on communication.”

She builds on that, observing that there are two separate kinds of clickbait. Which category the clickbait falls into depends on their effects:

That makes sense. Because it is difficult to differentiate the best from the worst, Google recently made a blanket ban on clickbait ads. This removes the harmful clickbait but may take some more innocent ads along with it.

So, you can’t use the bad sort of clickbait headlines anymore (and as a good, moral, outstanding citizen, you wouldn’t have even considered doing so anyway). But what about the first of the two types, the innocuous type that generates interest? Is it worth using them?

To answer that, we need to notice that clickbait ads don’t appear on their own. Advertisers and authors write headlines on purpose to grab your attention. Just like when you’re fishing, you use bait on purpose to grab the fish. Hence, the name “click — bait”: yes, that wasn’t obvious to me at first, either.

The sad reality is that clickbait works. Clickbait is quite effective in generating clicks.

What PPC hasn’t seen a campaign with a huge click-through rate but zero conversions? Here in our office we sometimes joke that we can get a high click-through rate by adding the word “free” to any headline! That joke makes the point clear: if we want a high CTR, we can get it. But guess what? People clicking on an ad with the word “free” in it may not be people interested in paying for your awesome product. And yes, I’m sure it’s awesome.

The final question about clickbait is: does a headline have to be false or misleading to be considered clickbait?

The answer is easy, but not that simple. The title of an advertisement is a promise from the advertiser to the audience. When you use a headline in your ad to generate interest in the product you provide, it isn’t misleading. It isn’t counted as clickbait.

But what turns a Google Display Ads’ title into clickbait is that those goods are never delivered. Imagine clicking on an ad that promises you “free beer” and sends you, for free, an emoji of a beer. That would leave a bitter aftertaste, as bitter as that of a bitter beer.

My conclusion is that everyone has to decide on their own if it’s worth trying to use clickbait ads or not, and where to balance that fine line. If your credibility is the most important thing for you, you may want to find more effective ways to build a quality audience. 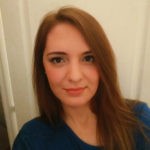 
Eve is The Consummate Student, never stopping learning no matter what. Deep diving into lots of fields until she becomes an expert--like with running Google Ad campagins. "Learning new things is always an adventure and I'd never say no for a good one," she likes to say.