Let’s jump in to this week’s review of online advertising data. 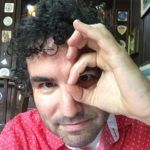 Morgan Friedman has been building and running Display campaigns on top of GDN Network of Adwords, err, he means "Google Ads," for almost 15 years. Friedman is, by nature, an obsessive optimizer, and has been A/B testing every obscure option, configuration, strategy, and tactic on Display Ads. Oh and search ads, as well as figuring out how to grow companies and politicians from just the seed to hundreds of thousands of users, or voters, as well. His favorite number is eleven.