This week’s Online Advertising Data update is short and sweet–with Tik Tok’s announcement being the most exciting. Let’s jump in:

Tik Tok is giving $100 million in online advertising credits out.

Pathmetrics shows visually different major brands and their change in their Facebook ad spend since their boycott of Facebook advertising began. 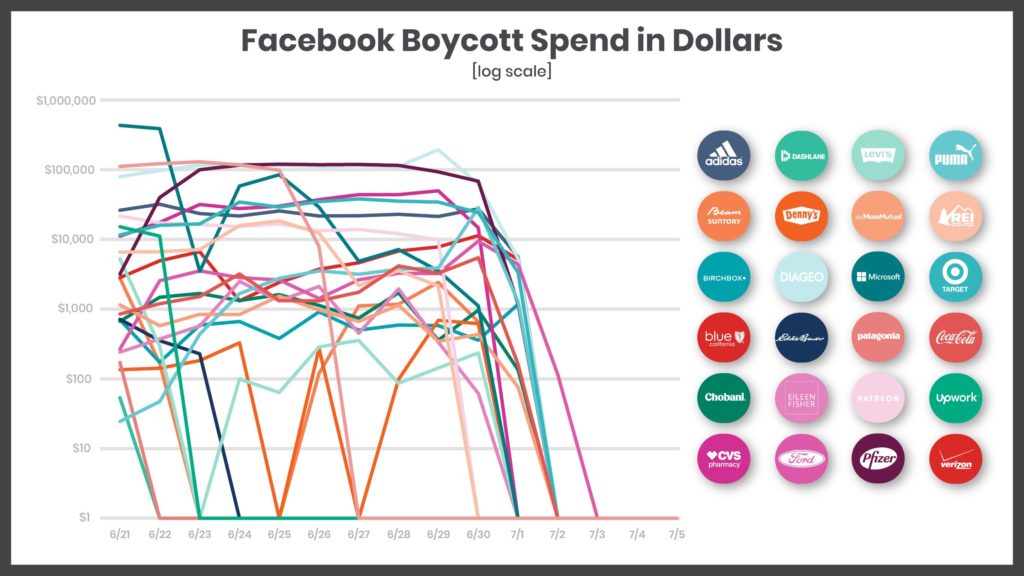 Google, which has traditionally kept its ad fees close to its chest, revealed that on DV360 they take 14% (on display) and 15% (on video) fees and on Google Ad Manager, a 20% platform fee. Publishers always get 69% of the ad spend.