How Can A Digital Display Ad Go Wrong?

How Can A Digital Display Ad Go Wrong?

To be able to know how to make your digital display ad work, you must also have a detailed analysis of what can go wrong to be able to avoid it. Recently, I had a thought about digging deep into it. I started exploring different sites which have ads on them. After coming across multiple digital display ads, I finally paused one of them. The reason to stop on that ad wasn’t the good thing about that ad. It was more about the flaws of the ad that made me think about what state of the mind of the advertiser might be in while creating this ad.

Here is the ad I am talking about: 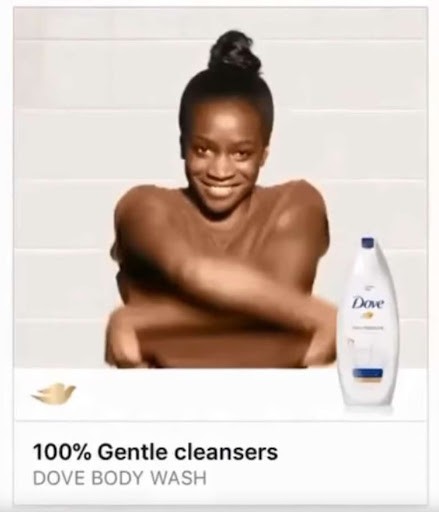 It is an old ad back from 2017 but it is one of the worst digital display ads so far.

Here are the reasons which made this ad go so wrong.

The message a display ad gives plays a vital role in making and breaking the advertising campaign. The advertisers need to consider the sensitivity of the issue instead of highlighting it. In this ad, the message of racism is wrong on so many levels. Instead of celebrating the beauty of diversity, it created a disastrous ad showing a black woman turning into a white one. A lot of social media influencers and bloggers boycott its products and they rightfully did so. It ended up causing long-lasting damage to the brand image as well. However, the least Dove could do at that moment was to delete the ad and make an apology.

Also, it wasn’t the first time Dove made a racist digital display ad. It also created another one before in 2011. The display image of the ad had three women in it with different skin tones. “Before” was mentioned on the dark-skinned woman and “After” was mentioned on the light-skinned woman. The first time Dove made such an ad, people forgot it and gave the brand another chance to make a better ad in the future. People believe that Dove was just a suspect after one racist ad but two racists’ ads made it guilty. So, when it again happened, it created a huge fuss all around which was quite predictable.

One of the models in the ad and Dove itself stated that it was not intended. They had a different objective and concept of embracing the differences to highlight that every skin tone deserves care and gentleness to look fresh and smooth. But that couldn’t help them get an escape because of the bad image it has created after portraying the message in the wrong way.

As a result, Dove is now associated with “racism” even after 4 years of when the second digital display ad got published.

So, the point is to use a clear message with the right approach. And even if the message is right, the way you display it can completely change its meaning and perception. So, the brands need to be more conscious while making digital display ads to target their audience.

A good digital display ad uses emotional triggers to give a personal touch to the ad while a bad one would just hit the pain points. Racism is one of the most recurring issues that the majority of people are facing all over the world.

When it comes to choosing a product or service, not every user considers the price. Instead, most of them prefer what aligns with their values. While going through this racist ad of Dove, I also realized that the lack of personalization in a digital display ad is another reason that can make an ad go wrong. Instead of instilling personal value in the ad, the users felt personally attacked by Dove.

So, other than spreading the wrong message, the ad contradicted the personal values of a lot of users who like to embrace their dark skin and also want others to accept them the way they are. The model that was the part of the ad itself stated that if she had any idea how the ad was going to be presented in front of the audience, she would have been the first one to say “No” to it.

Brands and advertisers don’t realize that they are making a big mistake by claiming what they cannot offer. It might take the audience to the landing page but they won’t stay on the page for longer. It would also result in a lower conversion rate.

The same is the case with Dove’s ad, the CTR of Dove’s digital display ad doesn’t match its image and message. It encourages people to click and buy the product as it is a gentle cleanser and body wash, however, it is just misleading people.