Hot off the press: while reading a newspaper’s website on my phone, scrolling down, down, down, and I see this ad:

No, not the spammy supermarket ad on the top nor the bank ad on the bottom, but the big one in the middle. Note that the Spanish text below beginning with “Deuda:” isn’t part of the ad.

So, someone took out an ad FOR THAT. For a plastic contraption to cover your mouth that looks like glasses without the glass and a contraption that hangs down and covers your nose and mouth. The ad links to here which links to this page: 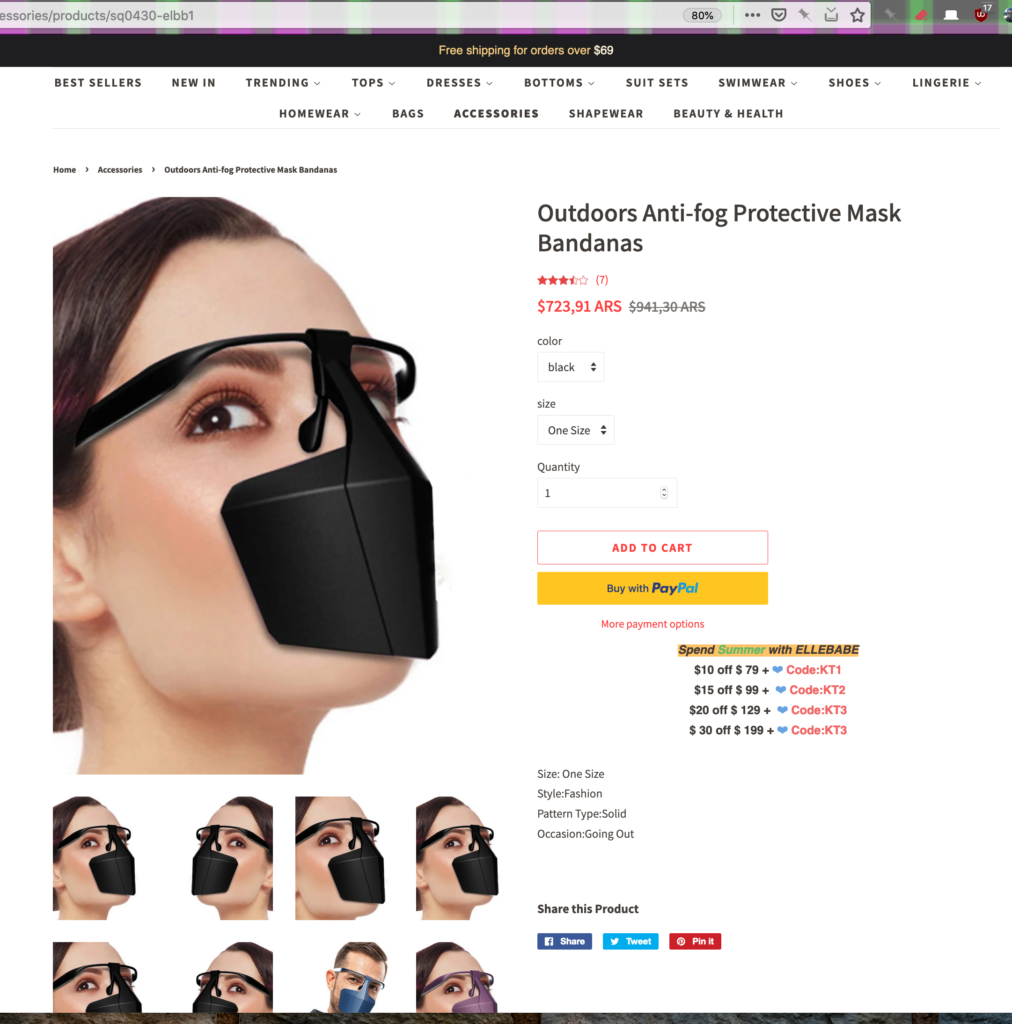 What could explain such an ad? For a product that I don’t even have the vocabulary in English to describe. Glass-less glasses with a huge plastic dongle to cover your mouth? Really?

I don’t know what could explain the existence of this ad, but here are a few possibilities. I don’t know which one of these is more or less likely to be accurate, but let’s throw out some possibilities for the sake of creative brainstorming.

First, idiots exist (version one): why on earth would this company imagine that a human being would want to buy such a product?

Second, idiots exist (version two): some people would want to use this product.

Third, idiots exist (version three): maybe I’m the idiot here! Maybe there is some use for this that I can’t imagine. It’s a big world and lots of people do things that I can’t even imagine, especially in particularly dark corners of the world.

Fourth, this company is running an experiment or some sort of test to see if people would be interested in this product. Weird tests likely to fail are a core part of any marketing strategy due to the high risk, high reward principle. You have to constantly test low-probability things that if they work, can work well.

Fifth, they don’t want to sell this but are trying to seed a viral campaign to get people talking about it. And at least I am!

Sixth, maybe that product doesn’t even exist nor is being planned but some advanced AI is coming up with crazy concepts like this to test. AI may be at a point where it is sophisticated enough to see people are buying these face coverings and is trying to innovate according to an algorithm. But the AI is not sophisticated enough to realize how absurd this one is. GPT‑2 is all the rage in the media these days, after all.

Seventh, since we can target individuals with ads, perhaps this is a computer-generated page targeting me because there is a message that someone wants to convey to me. And if you don’t know how to target individuals with ads, drop us a note and ask, we’re happy to help! That would be my idea of an awesome practical joke. You never truly know why an ad is aimed at you.

Eighth, maybe The Powers That Be are preparing to make these mandatory and this display campaign is an early hint. Personalized marketing or “predictive programming” as it is sometimes called in an unreal sense.

Or maybe some combination of the above; those ideas aren’t mutually exclusive.

And it seems like at least seven other people recognized this makes no sense, because look at these comments, on the same page: 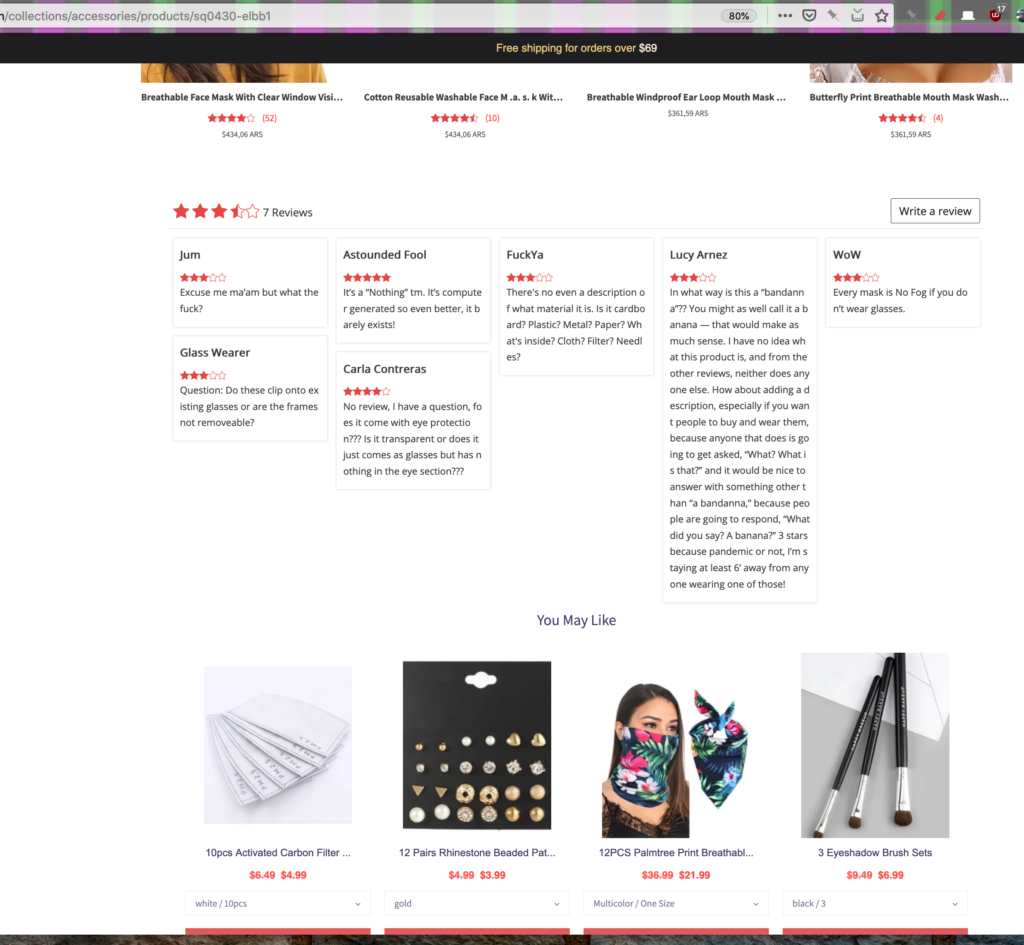 It’s less likely that AI is targeting me just to get me to laugh; it’s more likely that someone thinks that people may want to buy this product, and they’re testing it out. Of course, the most likely of these is the most boring. But you never know, they may be right: “There are more things in heaven and earth, Horatio, than are dreamt of in your philosophy” as the Prince of Denmark reminds his friend.

But the broader lesson here is in this exercise of imagining why this ad exists. You may think that display ads exist just to get people to buy products or vote for candidates. But that’s just for starters. You can also use it to test out ideas, test out technologies, test out reactions. One of my favorite uses of display campaigns is to boot up quick tests. There is no quicker way to get people to react to a crackpot idea. And this one pictured above is a crackpot idea, indeed!