Beef As Marketing: A Winning Strategy (Especially When Combined With Ads To Seed It)

Home›Marketing›Beef As Marketing: A Winning Strategy (Especially When Combined With Ads To Seed It)

Beef As Marketing: A Winning Strategy (Especially When Combined With Ads To Seed It)

The ever-awesome Paul Graham (of LISP and Yahoo Stores fame, and also Jessica Livingston’s husband) Tweeted about the Basecamp guys. He tweeted: “They have lots of experience with beef-as-marketing. Apple may not realize what they’re in for.” 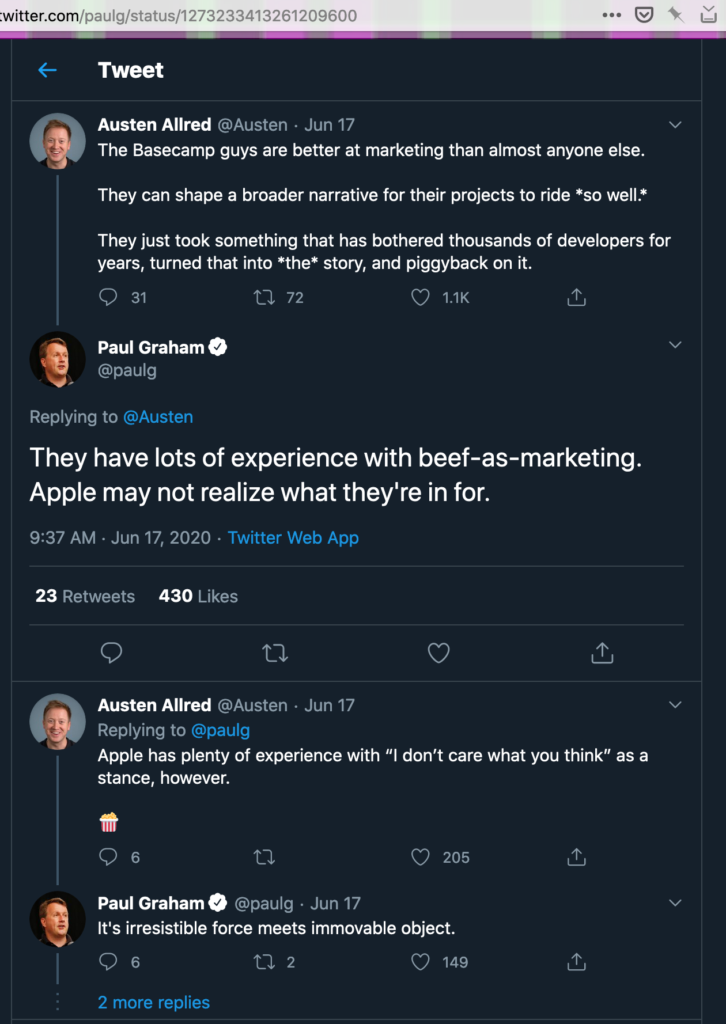 This is an interesting observation, worth looking into, both in general and in the Display Ad focus of this blog.

So, by “Beef-as-marketing” what “PaulG” (known by his Internet handle) means is picking a fight with the big bully. “Hey, do ya have a beef with me, huh?” — imagine that said in the tone of voice of a Goliath while looking David in the eye.

“Beef-as-marketing” is one of the most underrated and often forgotten techniques out there. Why?

First, everyone has a problem with the Bully, almost no one likes bullying. But no one wants to be the first one to stop clapping. So, everyone is already primed to support David.

Second, usually, when a pipsqueak fights with an elephant, everyone ignores the pipsqueak. Even the elephant does! So, once you decide to pick a fight, the question is the core marketing question: how do you get the world to know about it?

But Team Basecamp has a few clever ways of doing this. They’ve spent years building their bullhorn that a lot of people listen to. But more than that, they’re good at rethinking the real problems that everyone has with the bully and proposing solutions. Well, not just proposing solutions but building solutions. They built their project management system. They build their own development language, for crying out loud!

If you look at their recent “Hey” launch, this is a classic example. They didn’t only say that Gmail sucks, the way lots of people on [Unnamed Internet Forums] say. They articulated a thoughtful list of reasons why it does, what needs to change, and they built it. They didn’t even tell the world until it was all built!

One lesson here is don’t just complain; do. And don’t just do, but do while articulating your thoughts.

There’s a third lesson, as well: provoke, provoke, provoke. This is what is hard for many to do, although thinking like a thought leader is meant to do, is hard as well! How do you question assumptions you don’t even realize you have? But in provoking the Goliath, you get them to act in particularly harsh ways in response. Which then gets the world that’s watching even more energized onto your side. Notice how the Apple App Store rejected their Hey email app? The more cynical side of me thinks that Basecamp made the app in a particular way on purpose. They designed it to be rejected, to provoke Apple, and thus turn the world against them more.

PaulG followed up to his Beef-as-Marketing Tweet, to rename it: “Beef-as-marketing’ is too awkward. I hereby rename the phenomenon simply ‘beef marketing.” 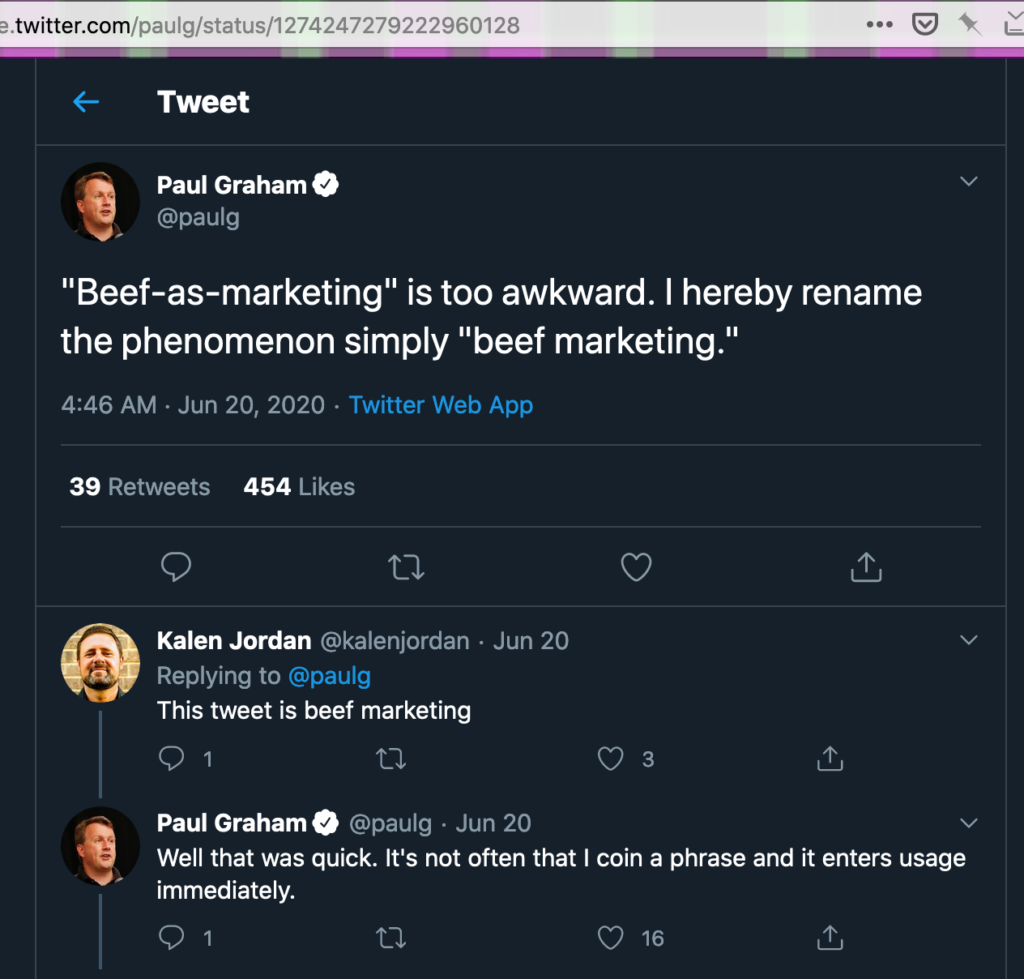 How does this tie into Display campaigns? Easy: Display ads are a great–no, a fantastic!–way to seed your “beef” with the world around. Take out ads summarizing your beef, going to a page about the beef, and BAM. You’ve exposed lots of people to your beef. Now that is an under-rated strategy worth experimenting with!