Ad Analysis: Where A Display Ad Can Go Wrong

Ad Analysis: Where A Display Ad Can Go Wrong

So the other day I was on a popular entertainment website (who doesn’t love the odd piece of celebrity gossip now and then?) and I found myself falling straight into a whirlpool of Display Ads. Ever noticed how these sites tend to have many more display ads than most other sites do? Well, considering they receive a great amount of traffic from bored people like me, it’s not surprising that various companies decide to place their ads on these sites.

What was surprising, though, was the fact that I came across about half a dozen ads from vastly different brands. One such ad that caught my attention was the one that I’d like to discuss with you today. Here’s the ad, take a good look at it: 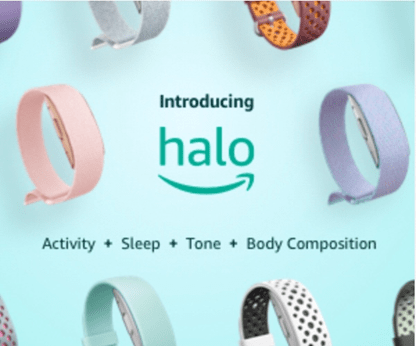 What I thought was the most striking feature of this display ad is the color palette that’s used in it. The muted tones and overall simple design featured here play their part in bringing this ad to life. Besides, there isn’t much text in the ad, which helps in keeping the viewer focused on the product that’s being showcased here. Know those ads that have lines upon lines of text starting with promotional material and ending with a plain description? Most ads seem to follow the format in which they open with a sales‑y line and wrap it up with an earnest description of what the product/service is and how it’ll benefit users.

More often than not, these ads garner adequate positive engagement so PPC professionals are happy to stick to this tried-and-tested formula. However, if the average audience member has to view several such ads every day that are essentially just blocks of text, it can become very tiresome very quickly. That’s the exact reason why this ad caught my attention among several others: it featured barely any text. Upon seeing the ad, I dimly recall thinking to myself, ‘Finally! An ad that doesn’t drone on and on about how fabulous the product is!’

However, I must point out that an ad with minimal text is not necessarily a good thing. For instance, here the only text on the ad is ‘Activity + Sleep + Tone + Body Position’ and above that ‘Introducing Halo’. Now, the first thought that came to mind when I clapped my eyes on this was, ‘what’s Halo’? Almost immediately after that, I noticed the distinctive Amazon logo of the curved arrow beneath Halo. Since I’m not very fond of gadgets, I’m not surprised that I didn’t recognize this fitness band for what it was right away.

This leads me to the question, what was up with Google suggesting this ad to me anyway? As far as ad targeting is concerned, I’m not sure that I’m the right choice for this Halo ad. After all, I haven’t looked to purchase a new gadget in ages nor do I read much about what’s the latest in the world of electronics or fitness. Anyway, what am I, a mere mortal, doing questioning Google’s all-knowing algorithm? Let’s move on.

The point I was trying to make here was that since I’m not what you could call the right audience for this ad, you can see why I wasn’t too impressed with the lack of written content. Sure, it makes the ad appear less cluttered and easier on the eye, but does it perform the task that it’s supposed to? Perhaps we can all agree that the task a Display Ad is supposed to perform is to rouse a viewer’s curiosity and get them to click on the ad and make a purchase. That’s not what happened here.

The lack of relevant information is something that I can readily imagine a lot of viewers would find off-putting. The ‘Activity + Sleep + Tone + Body Position’ line isn’t nearly enough to explain what the gadget is all about and why viewers should buy it. One could go so far as to say that it’s rather presumptuous (maybe even arrogant?) on the part of the ad-makers to furnish audiences with the bare minimum details here on Halo and expect them to purchase it. Sure, we get it, Amazon is a massive company and it doesn’t need to market itself or its products like it once did.

However, such complacency with something as basic as display ads is unlikely to sit well with those who are accustomed to comparing brands thoroughly before they purchase something. And why should it? The general impression that could stem from such an ad would be that a brand that doesn’t make adequate efforts to create an elaborate ad may not make adequate efforts to create an elaborate product. In other words, if you’re not going to make impressive ads, why should anyone trust you to make impressive products or provide impressive services?

Now, I have nothing against Amazon or indeed, the fitness band Halo. This may as well be a great product that I might grow proactive enough to purchase someday! However, as most people in the ad business would tell you, it often doesn’t matter if you have the best product in the world when your online advertising campaign doesn’t do it justice. Therefore, after reviewing this ad from every possible angle I concluded that the image featured in it hit the bulls-eye. However, the written content fell woefully short for an ad from a company as highly reputed and innovative as Amazon, what do you think?