A Gentle Introduction to TikTok Advertising

A Gentle Introduction to TikTok Advertising

TikTok has been growing quickly the past couple of years, reaching a peak this summer at around 800 million monthly active users. As millennials and Gen Z‑ers are stuck at home social distancing, they have resorted to the app to make goofy videos or dance along to popular songs.

At first people in the industry weren’t sure about TikTok’s potential. Platforms like Facebook, Instagram, and YouTube were dominating the space. But now it’s impossible to deny the influence that this app is having on teens and young adults all over the world. Since they are spending hours on the app, it’s natural that advertisers are looking for ways to get involved in the space.

There are many ways brands can build a presence on TikTok. The first is a more typical and traditional approach, creating a TikTok advertising account to get started. Once a company has an account, they can choose different options to best fit their campaign needs.

The most traditional way to use this feature is to use “In-Feed Videos”. As users are scrolling through their For You Page, they will see advertisements that are native to the feed and look like regular TikTok content. However, with this option, it is very easy for users to scroll past the ad.

This leads to the next option, which is a “Brand Takeover”. This means that when users open the app, a brand’s ad will completely take over the screen for a few seconds before turning into an in-feed video. With this option, brands can ensure that users see the ad before they scroll past, usually leading to more engagement.

Other options are less popular, but continue to be effective. Some of these include “Hashtag Challenges”. Hashtag challenges encourage users to take part in a trend that, according to Hootsuite, “can include a shoppable component for retailers”. There is also “Branded AR Content” which uses TikTok content, such as lenses and stickers, to promote a certain company.

While these features are helpful and necessary, levels of engagement are not always high. Personally, while scrolling through funny videos, the most engagement I have with ads is the two seconds I take to say “ugh” before I scroll past. What’s so interesting about TikTok, that can be used to combat this, is that a lot of videos have the potential to go viral. The algorithm is so specific that it gives regular content a platform to reach people who can enjoy it and interact with it, advertising aside.

You may be thinking, “Yes, I know people are tired of ads. I know how advertising with influencers works, but it’s a sham”. And yes, my friend, it can be a sham. But there is something different about TikTok, you don’t need an influencer to promote your brand for people to engage with it.

A perfect example of this is the apple juice brand, Martinelli’s. A TikTok user discovered that biting into the plastic bottle sounds like crunching into an apple. This led hundreds of users on TikTok to buy a bottle to prove it.

Even though there have been success stories with consumer goods, TikTok has been having a major influence in the music industry. Before becoming the hub for Gen‑Z comedy, a lot of the content in the app consisted of dance challenges. TikTok superstar Charli D’amelio, who now has over 60 Million followers, rose to fame because of her dances.

The main example of a success story in music is the song “Say So” by Doja Cat, which was released in November of 2019. It wasn’t until a dance to the song went viral on TikTok that its popularity skyrocketed. This prompted the release of a remix with Nicki Minaj and a music video with the TikTok star who created the dance.

For songs that are not as upbeat, users are creating videos called “Points of View” or “POVs” acting out scenes to specific lyrics of a song. This has led to the increased popularity of many songs, including “18” by One Direction, which was originally released in 2014. The song is now #3 on One Direction’s Spotify charts and has reached over 155 Million streams.

It would be negligent to deny the potential the app has in making an artist or a song successful. Thus, making it important for advertisers to keep the power of TikTok (and of Gen Z in general) in mind. A viral video by one user can lead to thousands of interactions, and a stream of videos that can launch companies into success. This is why it is crucial to keep in mind the goals of your campaign. Maybe TikTok advertising is not the best fit for you, but this is why we always test, test, test! 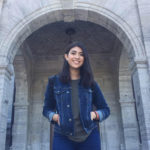